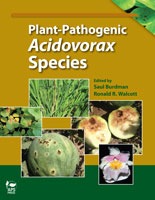 This book examines the effect of whole-wheat bread on health, with evidence linking the consumption of whole-wheat products to a decrease in the relative risk of non-communicable diseases in comparison with products baked from refined flour. The authors focus on key areas such as milling and refining procedures, bakery products, and assessment of the present consumption of wheat products. They offer a detailed description of all available ingredients of wheat-kernel, with particular attention paid to the health benefits of wheat-kernel antioxidants and dietary fiber ingredients. Vitamins, glutathione, choline and betaine, carotenoids, sterols and stanols are covered, and the book concludes with a general overview of the effect of whole-wheat bread on colon activity and immune capacity. Methods of improving bread nutritional quality, and the potential for the upgrading of the nutritional qualities of whole-bread, are also discussed.

Consumption of whole-wheat in Western societies, however, has either not increased or increased very slightly. The authors intend for this book to highlight the health benefits of whole-wheat bread and the factors that contribute to these benefits. 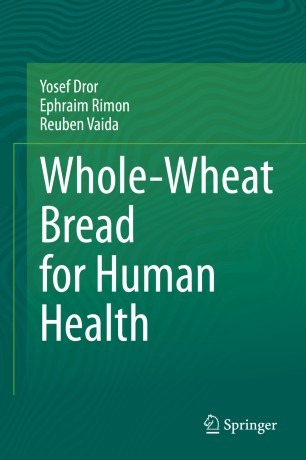 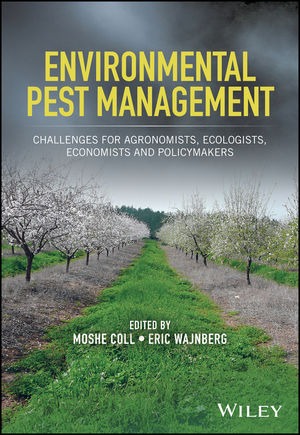 Brings together research findings that have been accumulated during the last 40 years, mainly by the authors, on wild relatives of cool season legumes

Indicates the wild relatives of lentil, chickpea, common and bitter vetch that can be exploited for breeding

Presents biological evidence that pulse domestication proceeded in a unique course, already in the wild

The study of origin and domestication of legumes described in this book emerged when it became apparent that while this kind of information is adequate for cereals, the pulses lagged behind. At the end of the 1960s the senior author initiated a study on the chickpea's wild relatives followed by similar attempts for broad bean, fenugreek, common vetch, bitter vetch, and lentil. The junior author joined the project in the late 1980s with a study of the genetics of interspecific hybrid embryo abortion in lentil and later has extensively investigated chickpea domestication and wild peas.

While this book mainly describes our research findings, pertinent results obtained by others are also discussed and evaluated. Studying the wild relatives of legumes included evaluation of their taxonomic status, their morphological variation, ecological requirements, exploration of their distribution, and seed collection in their natural habitats. Seeds were examined for their protein profile as preliminary hints of their affinity to the cultigens and plants grown from these seeds were used for establishing their karyotype, producing intra- and interspecific hybrids and analyses of their chromosome pairing at meiosis and fertility.

The aim of these investigations was the identification of the potential wild gene pool of the domesticated forms. Assessment of genetic variation among accessions, particularly in the genus Lens, was made by isozymes and chloroplast DNA studies.

The main findings include the discovery of the chickpea wild progenitor; studies of lentil in three crossability groups; wild peas proceeded in two lines of study; faba bean and fenugreek and their wild progenitors have not yet been identified; common vetch and its related form were treated here as an aggregate (A. sativa); we found gene flow between members of different karyotypes is possible; bitter vetch and its relation to the domesticated form were established by breeding experiments. 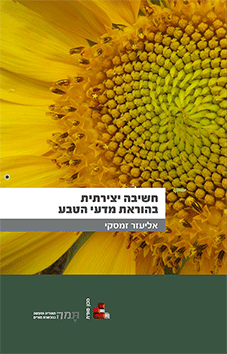 Discusses the classification of hydrocolloids, their market and economics, and gum constituents and their effects on processing

Contains a glossary of terms, including lesser-known food ingredients and those taken from different cultures

While hydrocolloids have been used for centuries, it took molecular gastronomy to bring them to the forefront of modern cuisine. They are among the most commonly used ingredients in the food industry, functioning as thickeners, gelling agents, texturizers, stabilizers, and emulsifiers. They also have applications in the areas of edible coatings and flavor release. Although there are many books describing hydrocolloids and their industrial uses, Cooking Innovations: Using Hydrocolloids for Thickening, Gelling, and Emulsification is the first scientific book devoted to the unique applications of hydrocolloids in the kitchen, covering both past uses and future innovations.

Each chapter addresses a particular hydrocolloid, protein hydrocolloid, or protein–polysaccharide complex. Starting with a brief description of the chemical and physical nature of the hydrocolloid, its manufacture, and its biological/toxicological properties, the emphasis is on practical information for both the professional chef and amateur cook. Each chapter includes recipes demonstrating the particular hydrocolloid’s unique abilities in cooking. Several formulations were chosen specifically for food technologists, who will be able to manipulate them for large-scale use or as a starting point for novel industrial formulations.

The book covers the most commonly used hydrocolloids, namely, agar–agar, alginates, carrageenan and furcellaran, cellulose derivatives, curdlan, egg proteins, galactomannans, gelatin, gellan gum, gum arabic, konjac mannan, pectin, starch, and xanthan gum. It also discusses combining multiple hydrocolloids to obtain novel characteristics. This volume serves to inspire cooking students and introduce food technologists to the many uses of hydrocolloids. It is written so that chefs, food engineers, food science students, and other professionals will be able to cull ideas from the recipes and gain an understanding of the capabilities of each hydrocolloid. Contributions from the leading researchers in entomology

The latest volume in this series contains articles on insect growth disruptors. The papers in this special issue give rise to key themes for the future This book not only reflects current thinking on the topic of fusarium wilts, but considers them in the context of the greenhouse—an agricultural setting that is increasingly prevalent, particularly for certain crops. Fusarium wilts have always presented a challenge to greenhouse growers of vegetable and ornamental crops. The crops in this category are economically important and environmentally significant and their care is vital to our world economy and food supply. An update of this topic is long overdue and editors Lodiovica Gullino, Katan, and Garibaldi have led this effort to bring together their fellow leading scientists for a worldwide perspective as reflected by both the international assortment of chapter authors and the research cited.

The book begins with a current review of the genus Fusarium, its biology and epidemiology, genetics, and diagnosis. This includes coverage of improved diagnostic tools that permit better discrimination of the formae speciales, a crucial advance that is vital in this century long battle with Fusarium.

Management strategies, cultural practices, and genetic approaches for either preventing or containing the disease are covered in depth and provide an integrated arsenal of tactics—from breeding for resistance, to irrigation, to chemical controls. The case studies in the book provide specific discussions of key greenhouse crops giving the reader applied knowledge for diagnostic and prevention strategies by crop or crop type. Greenhouse growers and those that advise them will gain valuable insight to put into practice right away.

Anyone studying the impact of fusarium wilts will consider this book a major addition to the scientific knowledge on the topic. This text provides a very complete overview of fusarium wilt diseases and many of the most important hosts afflicted by them. The book will be a core resource for students, researchers, and extension professionals worldwide.

sts, to maintain healthy crops, and to preserve a healthy environment.

Soil Solarization: Theory and Practice summarizes and updates the vast amount of information on soil solarization made available in the 20 years since the previous book on this topic was published. It provides the reader with an updated and comprehensive view of the solarization concept and its application, including the disinfestation of soils of plant pathogens and pests, innovations in the implementation of integrated pest management practices, and the importance of these technologies in view of changes in the kinds and uses of soil fumigants. It also summarizes new post-plant treatments for controlling plant pests and pathogens and the technology of soil disinfestation in various cropping systems.

Soil solarization is a relatively new, nonchemical method of pest and pathogen control by soil disinfestation. It was the environmentally friendly, cost effective answer to the methyl bromide crisis and through this book everyone in agriculture can come to understand the benefits of the concept made possible through advances in plastic mulch technology.

First described in 1976, it is based on solar heating and has been studied or adopted in more than 70 countries, as reflected by the more than 1,400 research papers describing its effectiveness in controlling a large variety of pests and pathogens in numerous crops. The book explains and demonstrates how the method actually triggers and induces chemical, physical, and biological changes beyond the elevation of soil temperature. It includes 28 chapters (in 6 sections) written by 42 authors who are intensively involved in the research and development on relevant topics, covering recent achievements with this method, as well as its future prospects.

In 1991, a book entitled Soil Solarization was published and detailed the progress made during the first 15 years of research and development of soil solarization. The current question was whether the progress made in soil solarization since 1991 justified the writing of a new book. The content of the current book answers that question with a resounding YES. It places soil solarization as an integral component of pest management programs in both its theoretical and practical aspects. This new title offers basic reference material, literature reviews, historical accounts, and even biographical segments, all packed with new information and research.

Each of the six sections of this new book provides specific benefits to its readers. For example, sections on the fundamental basics and practical aspects of soil solarization support researchers and those practicing, and learning to practice, this technology. The book’s use of prediction modeling allows researchers and crop production experts to better predict and perform solarization under their own conditions. The description of basic approaches as well as application technologies for various soil disinfestation methods gives researchers tools for developing new disinfestations strategies. This book gives a global look at the practice, providing people in all parts of the world with information about how they can use solarization most effectively. It shows that today, soil solarization is being implemented in environments previously considered unavailable to its benefits. Many of the challenges of climate dependency have been overcome making the work of these scientists more adaptive and available to agriculturalists in new geographic regions.

Soil Solarization: Theory and Practice is well suited for a variety of crops and agricultural expertise levels. Extension experts, policy makers in agriculture, and growers, as well as professionals employed at universities, private research organizations, and plant protection services, and even individuals involved in agriculture or agrochemistry will all come to rely on this book. It can also be helpful for those teaching students an introductory course of plant pathology, crop protection, and pest and disease management